It’s been awhile since I covered the topic of compulsive hoarding, because the last time I did I posted photos of my nut collection and book pile, and the next thing I know I was contacted by Discovery Disney to be fixed on some hoarding special show. Seems like that’s kind of a pattern, now that I think about it. I go public with my stuff … I get invited onto shows.

Read on for six anti-clutter strategies for compulsive hoarders.

I found out that, even though most folks lump compulsive hoarding into the same illness umbrella as obsessive-compulsive disorder, hoarders actually have different brains. The brain-imaging research shows that people with compulsive hoarding have distinct abnormalities in brain function compared to people with non-hoarding OCD and those with no psychiatric problem.

According to Dr. Samuels: “What causes those brain abnormalities (besides genetics) is still not clear, but compulsive hoarding can begin after damage from stroke, surgery, injuries, or infections. In addition, psychology and environmental factors (e.g. traumatic family experiences) appear to contribute to abnormal brain development and function.”

Samuels says that hoarding belongs to a syndrome which also includes:

And here are some interesting stats: hoarding obsessions and compulsions are present in approximately 30 percent of OCD cases. However, as a group, says Samuels, OCD-affected individuals with hoarding symptoms have a more severe illness, a greater prevalence of anxiety disorders, and a greater prevalence of personality disorders than people with OCD who don’t have hoarding symptoms. Hoarders are often less responsive to treatment than non-hoarding OCD patients. Therese J. Borchard is the author of Beyond Blue: Surviving Depression & Anxiety and Making the Most of Bad Genes and The Pocket Therapist: An Emotional Survival Kit. Visit her website or follow her on Twitter @thereseborchard. 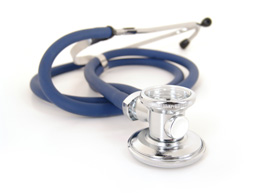 WE PROVIDE SERVICES IN: